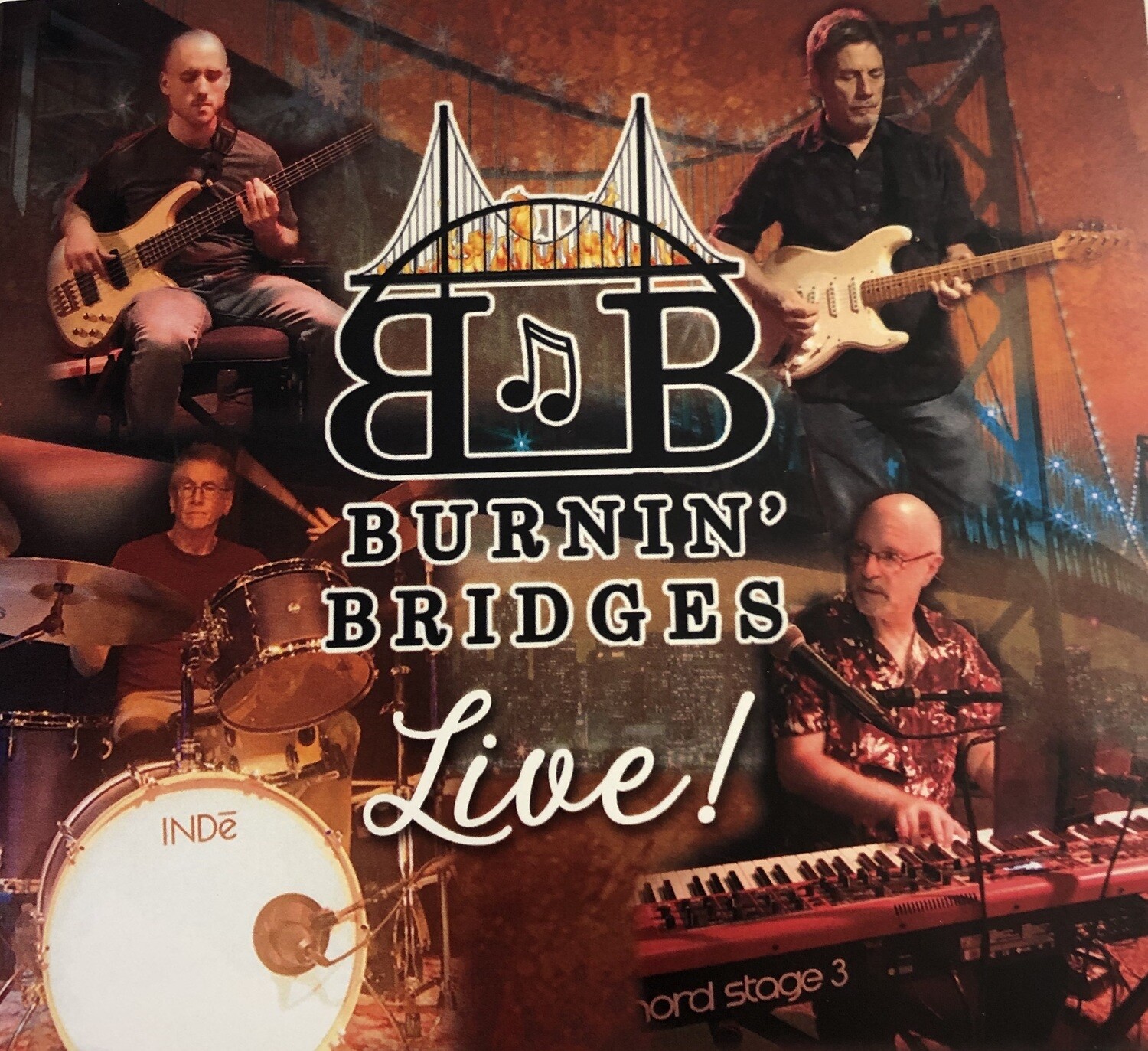 Burnin' Bridges, a Contemporary Jazz quartet, is based in the Wilmington, NC and Myrtle Beach, SC areas, performing regularly in clubs and concert venues. The band features Bill Kerr on guitar, Dave Maffris on keyboards, Vince Bove on bass and Jake O'Handley on drums. Each of them is a master musician with years of experience. Both Bill and Dave own and operate recording studios, and Jake and Vince have been in demand for studio work and live concerts for several years. The band's music covers many smooth and funky classics by artists as diverse as Chick Corea, Jeff Beck, Herbie Hancock, Jeff Golub, Spyro Gyra, the Crusaders, and many other jazz artists. Bill and Dave also have many original compositions that are included in the band's repertoire. Their first CD, entitled "Live," was recorded at the Rusty Nail, a popular night spot in Wilmington that is famous for the annual Wilmington Blues Festival each Summer, and has been the site of a major motion picture to be released in 2020. This release captures the energy, gifted musicianship, and sheer joy of the quartet, and merely scratches the surface of their unlimited potential as a dynamic ensemble.

Save this product for later